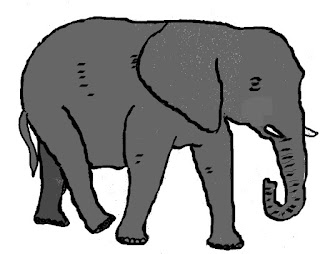 1. Elephant is the heaviest animal on earth.

4. It is an animal living in forests.

6. The elephant takes heavy weight from his trunk.

7. Its trunk has two large teeth on either side.

8. Elephant is a vegan animal that eats tree leaves and fruit etc.