A cow is a vegetarian animal that survives only by eating grass, chaff and gives us post milk instead. Its body is very powerful and elastic. 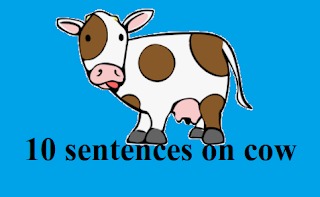